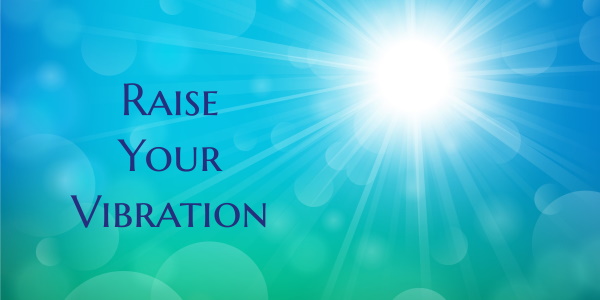 There’s a lot of talk going on at the moment in certain circles on the internet about how we’re all going to be magically raised up and move up to the 5th Dimension. It’s going to occur (in these people’s minds) when the solar flare happens and the sun shoots out a burst of energy that will raise everyone up. I tend not to rely on that happening, however, I’m not saying that a solar flare won’t occur. My theory is that you can Raise Your Vibration right now, without having to wait for a solar flare to occur. I don’t agree that the solar flare can magically change someone who is evil into someone who is good. It’s not possible. That level of change has to come from inside of the man or woman themselves.

How Can It Be Done?

Well, there are lots and lots of things that need to be done to speed up or Raise Your Vibration. There are physical things that will help, such as taking good care of our health and eating nutritious foods. There are mental things that will help, such as wiping out the negative chatter from our mind by using positive affirmations and subliminal affirmations. Or, by getting therapy such as Emotional Freedom Technique or Kinesiology.

A speeding up of our vibration can be achieved when we finally purge ourselves of all the dark energy that we’ve been harboring. For instance, all the sinister emotions that arise from suppressing traumatic experiences in the past, or from directing hatred towards yourself. The whole process is very overwhelming so it is very normal for people to feel as if nothing is ever going to be alright for them again.

Those topics have been covered in great depth by other writers, some of whom are Mike Adams of NaturalNews.com, Louise Hay, and David Avocado Wolfe. I am simply going to talk about the esoteric side of raising, or rather, speeding up your vibration.

To truly speed up your vibration, try doing one kind act a day and recording it in a journal. You could do something as simple as showing kindness to a homeless person, or patting a stray dog or cat, or putting a bowl of water down for them. You could show kindness to yourself by trying not to berate yourself when you make a mistake. That too is counted as an act of kindness.

These two acts of kindness and gratitude speed up your vibration quite significantly. 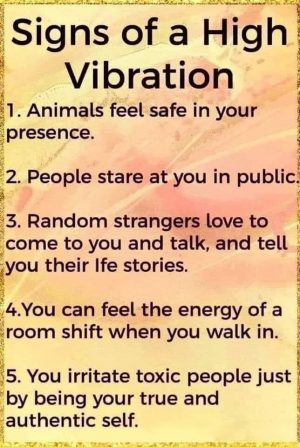 There are spiritual things that can be done too. People don’t think of these things as spiritual, but they are the very basis of keeping our soul clean. These things include never lying, not even about the smallest of things. Neither can you steal or take without consent. You must not cheat in any way, so for all of you who are having affairs and cheating on your husband, wife or partner, you have to clean up your act and straighten up. Another important thing is to have respect for other people and all living beings.

That Person is Really Bent

Have you ever heard of the saying “That person is really bent”? There’s a reason for why we say that. It’s because when a person is being dishonest, their etheric/soul folds over on itself. It crumples up. This occurs because the soul (which comes from and is linked back to our Creator) cannot bear the dishonesty of the life that the person has chosen to live, and so it folds over in order to protect the heart. It closes the door to the heart area, which is the part of us that connects to God/Source. You could say that it’s that part of us that is ashamed of what we are doing, so it is trying to prevent our Heavenly Father from seeing our actions by covering the door to our heart. Ironically, that can never happen because our Creator Sees all things anyway.

When you hear someone saying to a dishonest man or woman that they need to straighten up, this is what is being referred to. The person needs to stop being so damn dishonest so that the soul can stand up straight.

When someone is being dishonest in their life somehow, over a length of time their face starts to lose its symmetry. They no longer have a perfectly symmetrical face. Their eyes aren’t both at the same level, their nose might start to bend a bit, and their mouth might pull up at one corner. Of course, if someone has had a stroke then such a person’s face can’t be used as an example of this. Neither can someone who has received a backhander that was so fierce that it shifted the alignment of the bones in their skull. However, for those who haven’t had a stroke or other kind of head injury, their faces reveal the kind of life that they live. 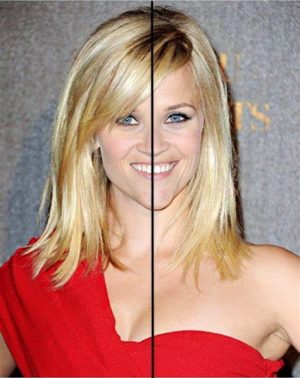 Christians think that they are automatically going to get into the heavenly dimensions, but that’s not necessarily true. My ol’ spiritual teacher was dead-set against Christians who call themselves chosen. He called them The Cult of the Chosen ones. Stuart Wilde said that they are no different to the cabal in that they think that they are elite, above others, and ‘better’ than people who aren’t born-again. He said that such attitudes are demonic and are caused by demonic infestation. They most certainly are not like the attitudes of the heavenly beings who have no judgement at all of others.

My teacher was able to go into a deep trance state and see into the inner worlds. He wrote that there are dimensions of intense evil where people who have lived a life of evil go to after they drop their body. Then he explained to us that there are 960 levels within the hell-worlds, and that the deeper the level of evil within a person before they die, the lower in the hell-worlds they end up in after they die. 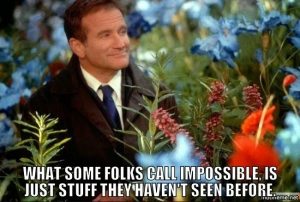 What Dreams May Come

The movie and book titled What Dreams May Come accurately describes the wall of humans in those very deep worlds. Heads without bodies are melted into that wall. There are arms without bodies, and legs, and eyes sticking out of the wall. People are prancing around with crowns on their heads, quite insanely pontificating about their own self-importance. Other people are screaming to be set free. There are demons attacking those who are in those worlds, hurting them over and over and over. What we do to others is what we experience after we die.

Those worlds are very real. Dimensionally, they exist in the 4th dimension. The 4th dimension is very close to us here in 3D. It exists between the lower state of 3D and the higher dimension of 5D. It is spoken of in the bible in Luke 26 vs 16 and is called the great chasm. For us to get to a level where we match 5D (which is one of the lower heavenly dimensions) we must deal with the evil within us because we must first successfully transverse the 4th dimension. Our Heavenly Father has put that band of evil around the gates of Heaven so that no polluted souls can get into Heaven. Getting into that dimension is not just about being forgiven. It is about becoming a match for that dimension.

Becoming The Same As

In the book Jonathon Livingstone Seagull Jonathon (Richard Bach) talks about becoming a match for where we want to find ourselves. There is a great deal of wisdom in that book. When we have processed our darkness to a large extent (we can never completely get rid of it as we need a small amount of it for our own protection – like the Yin Yang symbol), then we are permitted into the Heavenly worlds. We will merge with it effortlessly because our soul will be the same as it. 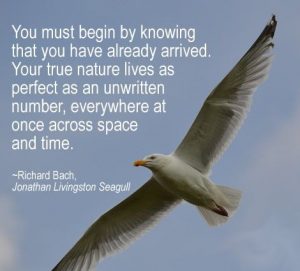 Expect to be Attacked

When we decide to commit to becoming a better human, all kinds of evil attacks us because we have begun the journey through the 4th dimension. That evil can only successfully prevent us reaching 5D if we do not address and process our own darkness. Our own darkness is the hook that the demonic seeks to latch onto within us. When we have successfully dealt with that within us that is evil, our soul becomes like a sheet of glass that evil cannot latch onto. It slides off, so it decides to go and pester someone else.

It is guaranteed that pedophiles and other evil people who have been overtaken by demons and ghouls will find themselves in the matching dimension after they drop their bodies. They aren’t going to like it much, because it will be they who become the very victims of those who were using them to victimise others. The demons who were using them as hosts to hurt and torture others will now be hurting and torturing them.

Therefore, don’t wait around to be raised up. Start working on speeding up your vibration today. Do it by committing to becoming a better, more respectful, and more loving individual. One who has a greater impact on the world. Make way within your heart for the light of God to shine out into the world. Then, by your mere existence, you become a Custodian of the Light. Remember the question that Donald Trump asked in one of his speeches… “What kind of imprint are you going to leave on the world?”.  Is your soul clean and upright, or twisted and evil? Does it make the world a better place? If it doesn’t, how can you start to change that?  Ask yourself those questions daily.