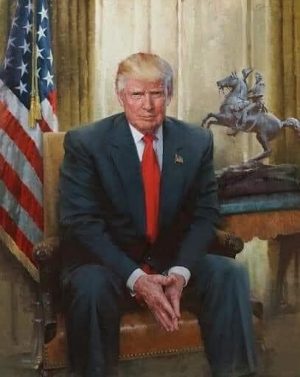 As you all may be aware, Trump won the election by a landslide, as I predicted in an earlier article here. However, The Attempt to Steal the US Election is currently in full swing, being aided and abetted by the media, both mainstream and social media. Democrats closed the voting count at midnight and reopened it again at 3.30 on the 4th of November. Suddenly we see thousands of votes for Biden (while none for Trump) being added to the count, all of them FAKE! There is a coup going on in America at the moment, but the Democrats won’t get away with what they are doing. Why? Two reasons. Let’s firstly look at reason number one – the Fourteenth Amendment. Let me explain.

Arrest and indefinitely hold all public officials — including mayors, governors, state legislators, federal judges, and law enforcement officials — who support “rebellion” against the United States or who have “given aid or comfort” to the enemies of America.

Eliminate House of Representatives positions for California and other states which are engaged in supporting Big Tech censorship platforms that are supporting the rebellion against the United States of America and “abridging” the right of voting-aged citizens to participate in elections (via censorship). This implies that Electoral College votes would also be proportionally reduced in these states. (Section 2) It would also apply to states like Oregon which are reportedly funding “war encampment” installations that house insurrectionists who are unleashed each night to attack federal buildings and federal law enforcement officers.

Eliminate all federal financial support for cities and states which are engaged in “insurrection or rebellion” against the United States. Section 3 specifically states that all such claims of federal money obligations to the states “shall be held illegal and void.”

In essence, the Fourteenth Amendment grants American citizens “equal protection” under law, but for public officials or states which are engaged in “insurrection or rebellion” against the United States, those equal protections are revoked.

The Democrats already know all this, which is why they are pursuing a plan of election chaos, hoping to throw the entire election process into mass confusion, from which they plan to attempt an illegal coup to eliminate Trump from office and claim political power over the nation.

Under the Fourteenth Amendment, Trump merely needs to declare an insurrection, then he can have Mayor Lightfoot (Chicago), Mayor Wheeler (Portland), Mayor Durkan (Seattle) and even de Blasio (NYC) arrested and removed from office for violating their oaths of office. All those mayors (and many more) have taken an oath to uphold and defend the Constitution of the United States, but they have violated their oaths, and under the Fourteenth Amendment, that means they have nullified their own right to equal protection under the law.

Because they violated the US Constitution and actively engaged in rebellion against the United States, in other words, they no longer enjoy the benefits of protections under the Constitution.

In addition, President Trump can eliminate congressional House seats for states that support the rebellion, reducing their apportionment in the House. This means the states’ Electoral College votes are also reduced since those numbers are based on the number of House + Senate representatives for each state. This is based on the fact that these states are aiding the efforts of Big Teach to deny the rights of conservatives to participate in elections and voting, via politically-targeted censorship and voter suppression tactics now routinely used by Google, Facebook, and other tech giants.

Section 2 of the Fourteenth Amendment specifically addresses voter suppression. It says that states which support the suppression of the ability of citizens to participate in voting will lose a portion of their own seats in Congress as well as Electoral College representation. Right now, the most overt and obvious voter suppression is being carried out by Big Tech platforms such as Facebook, Google, Twitter, and YouTube, but similar censorship is also being undertaken by Microsoft, Apple, Vimeo, and other tech giants. These companies are granted aid and comfort by numerous left-wing cities and states which often grant these companies property tax deferments and legal protections against legitimate investigations or prosecutions. In other words, states like California are actively protecting the Big Tech platforms that are suppressing voter participation via politically-targeted censorship. And this puts California in violation of Section 2 of the Fourteenth Amendment.

Furthermore, President Trump can arrest and imprison all state and federal judges who have granted “aid or comfort” to insurrectionists by, for example, releasing them without charge after they were arrested for participating in riots or assaulting law enforcement officers. This means all Soros-funded District Attorneys and anti-America judges who have supported the insurrection can now be arrested and removed from office in one fell swoop.

Remember that Democrat officials in Oregon, Washington, California, New York, Illinois, and other states have overtly granted protections — and in some cases, actual funding — to Black Lives Matter terrorists. This means these officials are complicit in “rebellion” against the United States. Section 3 of the Fourteenth Amendment states that they cannot hold any public office, “civil or military.” Here’s the language:

Finally, Section 4 of the Fourteenth Amendment says, “…neither the United States nor any State shall assume or pay any debt or obligation incurred in aid of insurrection or rebellion against the United States.” This means that cities and states which are suffering extreme economic losses due to their support for rioting and insurrection (such as Portland, Seattle, Los Angeles, Chicago, New York, etc.) cannot make any claim to federal money to reimburse them for their losses.

Their losses have been incurred as a result of their support for acts of insurrection and rebellion against the United States, and thus the United States has no obligation to reimburse them for such losses.

All this explains why Nancy Pelosi recently declared President Trump and the GOP to be “enemies of the state.” This is the kind of language that would only be used by the Speaker of the House if they intend to attempt a violent coup followed by mass exterminations of their political opponents.

This is reason number two. If you have been following Q for a long time and you know the term “watch the water”, you probably understood it to mean the 3 Gorges Dam. However, it was never referring to that. The “watch the water” intel refers to … the WATERMARK on the official election ballots. The original ballots are also registered on a QFS (Quantum Financial System) blockchain in order to prevent fraud.

The Demonrats fell right into the trap of this sting operation and Trump has it all!! The election fraud will be exposed for the whole world to see.

And isn’t it fancy how the amazing Justice Amy was confirmed right before the election so that she can rightfully take care of the business of election fraud… Oh, and this is only the beginning of the EPIC times that lie ahead.

So, did Trump win by a landslide? You will soon see that he did.

Okay, so relax everyone… the current chaos is just temporary. In a couple of months’ time, we shall see President Trump installed as the next US President for another term. Where we go one, we go all. Trust the plan and that all is well, and it will be.