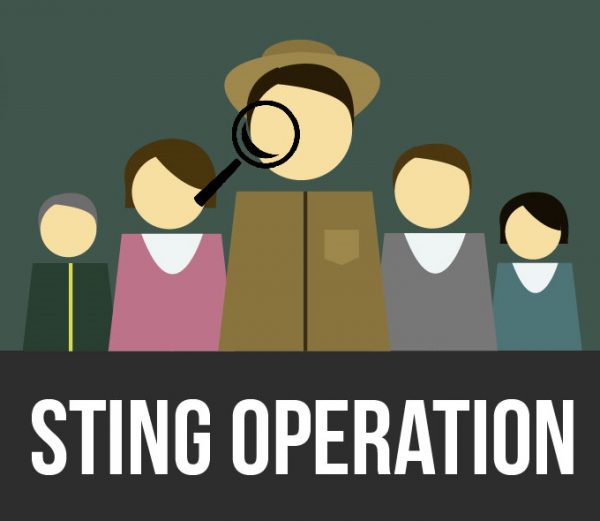 The entire Cabal has been caught in a US Election Sting Operation, and President Trump will be re-elected! He had been setting up the sting since 2018. It was meticulously planned. On November 3rd, the Dems and every other corrupt official around the world fell right into it.

The Kraken has been released. What is the Kraken? The Kraken is Special Operations Forces (SOF) directed against domestic enemies who committed the election theft of 2020. This Kraken is needed because the CIA was running a rogue election theft operation out of the US Consulate office in Frankfurt Germany, starting Tuesday, November 3rd, 2020.

This is similar to the dozens of other election theft ops that the CIA has conducted in countries other than the US, all around the world, including Australia. Those ops were very illegal then, and now. Americans finally got a taste of what it’s like to be fraked by the CIA, something that many other countries around the world already know about.

The US Army command was ordered by the DoD and President Trump to go to Frankfurt and seize the CIA’s own servers as evidence of the theft. The US Army did NOT raid Scytl’s Frankfurt operation. That story is a ruse.

The US Army seized American servers. They owned them. They retrieved their own servers from a rogue CIA Election Theft Operation (similar to Hammer / Scorecard). Now President Trump has the servers.

President Trump and people from the US military watched in real time the theft of the midterm 2018 elections, particularly in Southern California. He knows that Nancy Pelosi (40 years in office), Diane Feinstein (60 years in office), and Adam Schiff (20 years in office) have never won a fair election in their entire political career. All won their positions through fraud and cheating.

This news will bring down the CIA, FBI, all of the major news organisations – Washington Post, New York Times, Wall Street Journal, all of the television media, ABC, CBS, NBC, CNN, FOX, all of the tech titans including Facebook, Twitter, and especially Google.

It will also bring down foreign governments in Canada (PM Justin Trudeau), in United Kingdom (PM Boris Johnson), in France (President Emmanual Macron), in Germany (Chancellor Angela Merkel), in Australia (Prime Minister Scott Morrison), in New Zealand (Prime Minister Jacinda Arden), and it will even bring down the entire European Parliament, which will totally collapse.

President Trump has encrypted calls of John Brennan and Chris Way in the process of committing sedition.

President Trump has information proving that the dozens of Congresspeople, Senators, and Governors all across America had committed election fraud and sedition.

President Trump has all of the information and evidence needed to prove that CNN, FOX, Facebook, and Twitter have all conspired to steal this election from the American people.

Scytl is yet another company that is implicated in the Election Fraud of 2020. Scytl = Psy Tel = Psychological Intel = CIA Front Company.

Smart-matic is the software used in Dominion. Dominion Voting Systems have been used for elections in Canada, the UK, France, Germany, and the European Union Parliament. The word ‘Dominion’ from Dominion Voting Systems is defined as: total control over, no freedom. Their corporate slogan is “Changing the Way People Vote”. Indeed!! They sure are!! How blatant can they be?! Their corporate logo for their voting system is even more blatant. Please go take a look. It is a red paper ballot going into a box and a blue paper ballot coming out of the box. They are telling us right in front of our faces that they are cheating!

CISA recently stated that “There is no evidence that any voting system deleted or lost votes, changed votes, or was in any way compromised. The November 3rd election was the most secure in American history.” What CISA is not telling us is that Dominion Voting Systems and Smart-matic both serve on the board of CISA’s Executive Committee of the Election Infrastructure Government Coordinating Council (GCC) and the Election Infrastructure Sector Coordinating council (SCC). Both Dominion and Smart-matic are “organising members” of the SCC.

Why are so many Dominion Voting Systems employees deleting their LinkedIn profile? Over 100 employees have now deleted their profiles from that site. Further, why are so many of these employees based in Serbia?

Why is Dominion Voting Systems co-located with “Tides” which is a George Soros organisation, both of which are headquartered in Toronto, Canada, at the same building address which is 215 Spadina Avenue?

President Trump tweeted on November 16, at 6.06 am, “Try Watching @ONAA. Really Great.” Why did he tell his Twitter followers to watch @OANN (One America News Network)? Because OANN broadcast an Electoral Map showing the real-time election results from the seized CIA servers before the numbers were fixed for Biden:

Note: California, Minnesota, and Hawaii all went RED for Trump!

Here’s a video to explain a little more.