Are you Awake to What’s Happening? 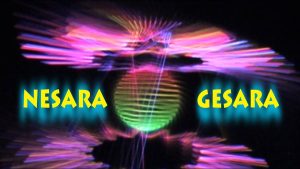 Are you Awake to What’s Happening?

Are you Awake to What’s Happening in our world right now? I mean, are you really aware of what is going on? If not, strap your seat-belt on because things are about to get real.

Are you awake to the fact that there is an Earth Alliance liberating humanity and removing a hidden alien manifesto? These aliens are a group of families who participate in a huge crime syndicate world-wide. We call them the Cabal or the Illuminati. These families have been enslaving humanity for thousands of years.

Are you awake to the fact that the entire Western financial system is based on Fiat currency? A currency that has little to no assets backing any financial transaction ever made since the 1600s. Your bank loan is illegal… they fraudulently lent you money that oftentimes you couldn’t afford to repay. This was all done by design, of course. Why? So that when you default on your loan they can steal your property from you.

Are you aware that your family has always been in grave danger? Or that your savings accounts are all bogus except for all of your current cheque accounts which are valid? Your labour has been wasted and your home has been illegally mortgaged. Plus, your physical and mental health are in constant jeopardy, and your life is completely at risk.

The militaries of the world have been functioning on full alert for the past two years. You are living in a cosmic historic time of planetary transition. The world is moving from energetic enslavement because of low-frequency emotions to freedom because of Galactic intervention and the raising of hope. The group who are known as the Alliance are also helping by using Tesla technologies to raise the vibration of the planet. Research the Schumann Resonance. We are being given back our Freedom!

The Implementation of GESARA

This new financial system is forcing all dominant Western governments to surrender, otherwise they face total annihilation. Are you aware that there has been a conspiracy committed against the human race? One by the Draconian Anglo Saxon RH negative bloodline which was created by a rebellious faction of the Annunaki. All heads of government, international broadcasters, cabinet members, Politicians, congressional committee leaders etc. are all of Reptilian origin.

Did you know that your family, friends, communities, and country will never have to live in a debt-enslaved economy ever again? We are in a time of huge transition, the likes of which has not been seen before on planet earth. 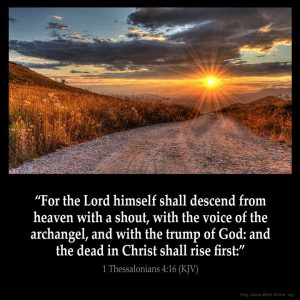 Are you awake to the fact that Donald J Trump has a very special soul? He hasn’t always been as powerful as he is today, but just prior to the 2016 election something incredible occurred. The spiritual Holy Man-Child spoken of in the book of Revelation chapter 12 did a walk-in to be with him. He now has special powers that very few other people on earth have.

The rod of iron spoken of in Revelation 2:27 is not a rod to hit enemies with. It is a spiritual antenna – an antenna that picks up future events and alerts him to danger ahead. Donald J Trump knows people’s plans, plots, and schemes before they can even begin to implement them. How do you think he has managed to avoid getting assassinated? I mean, there’s been at least 18 attempts on his life. No-one avoids so many assassination attempts without there being a good reason for it.

Have you noticed how Mr. Trump is looking younger now than he did when he was first elected? The reason for that is because when a spiritual being joins with a human being, the Light photons from that spiritual being heal and empower the physical cells of the human being’s body. Thus the human grows younger over time. This is exactly what has occurred to DJT.

The Woman of Revelation 12

Mr Trump is assisted spiritually by a woman who is a fractal of and was a fractal of the original Eve in the bible of Genesis. Her soul in the celestial dimensions is the spiritual mother of many of the people’s souls here on earth. She is the spiritual mother of the Holy Man-Child’s soul. Donald J Trump was the perfect vessel to house the Holy Man-Child’s soul. He was a self-made billionaire businessman who could not be bought by the corrupt Cabal. Mr Trump was also self-confident enough to handle the task that he was given. He is a diabolical genius whose purpose is to expose, arrest, and neutralise all evil from Earth’s playground.

The Republic of the United States is to become 100% compliant with GESARA. The letters in the word GESARA stand for Global Economic Security and Reformation Act. The US must elect a majority of conservative Supreme Court justices for this to go ahead. The alert system that was tested out in September of 2019 by the Trump administration sent a message to all mobile phones. This was a test run in preparation for the announcement of the launching of the GESARA ACT to humanity.

Malevolent alien beings have been running our world through hidden secret shadow governments. These governments make decisions that endanger our species. The alien beings have no souls. They are only here to rape and pillage our resources, our minerals, and our genetic assets.

Do you also understand that all major religions have been designed to pull the soul away from the truth of our true Creator? Our entire history and the writings of the spiritual doctrines have been re-written. Malevolent alien beings influenced the minds of the men who did the writing. They were influenced to do so in order to purposely mislead and disempower those people on earth who are genuine humans. Those who are the soul children of our spiritual Mother and Father.

Most of the major celebrities, politicians, athletes, and bankers are not human. The presidency of Donald J Trump is designed to catch all of the angry, immoral, racist, and low-vibrational energies within those groups. He will catch all who are evil and completely destroy their power to cause any more harm. If necessary, they will be executed.

The entire Trump presidency has been planned ahead years and years ago. You can see it playing out right now on the political stage. There is no more liberalism or democratic party in America anymore. There is no place on this planet for such a destructive, oppressive, and tyrannical organisation.

If the Cabal is allowed to stop the rollout of GESARA as they did with the devastating murderous event of 911, it will void the entire amnesty agreement with these Cabal members and the entire western world will fall into a deep financial collapse. Strong measures have been and are being taken to make sure that these things can’t happen.

We are almost at the end of the greatest reversal of power on the planet in all recorded human history. Donald J Trump is leading the way. He was preceded by a very powerful metaphysician and a group of spiritual warriors who fought for our freedoms during the period between the late nineteen eighties and early nineties, through to the beginning of this century. Their activities are known as the war in Heaven that is spoken of in Revelation. Now we are witnessing the war on Earth play out. You are an active participant in this restructuring of our existence. By helping to wake others up through spreading the information about what is happening, you help with the mission to bring our freedoms back.

Those of you who resist this change when this all goes down will be forced to deal with the consequences. Meaning, you will go into some kind of shock and feel isolated from the ones who do comprehend. Who are those people? They are those who for decades have been opening their eyes to what is really going on. This has helped them to move up to 5D while everyone else has been stuck in 3D. One could say that they and their ideas are “out of this world”, because they are.

Where you are energetically is so very important. Try to remember that.

Out of the 7.6 billion people here on Earth, less than a third are organically human. Even less than that have alien DNA. We are all hybrids.

There is coming a Disclosure event where everyone is to be informed of what the evil people who have been running this planet have been doing. It will include revealing some of the details of human trafficking, child sacrifice, and satanic rituals. I say ‘some’ because if you were to learn of the full depth of what has been going on it would send you stark raving mad. Your soul covenant includes this experience and there will be no denying this event. The shock of this Disclosure event will send millions if not billions into panic mode. Many of them will die. This is a cruel but necessary evil to liberate the planet and we must be prepared for it.

On a good note though, there is to be a currency revaluation (known as RV). This will mean that many people who have held notes from previously worthless currencies will find that those notes will become equal in value to the main currency in the world at the moment, the US dollar. This is going to change things for so many people who deserve to have something good happen in their lives for once. It will be a real Jubilee for them.

Heaven is right here on Earth. It is experienced as Earth transforming from a slow and sluggish 3rd-dimensional existence to a faster 4th and 5th-dimensional existence. The Earth that you live on is a vibrational hologram and was meant to be a dimensional Matrix of prosperity and peace. However, the illusion of fear, suffering, scarcity, and war is just an Archonic distraction. This is just the old Annunaki structure that is currently on its way out. Therefore, you must let go of all those limiting beliefs, whether they are religious or societal. It’s in your best interest to do so in order to deal with what’s coming.