The Secrets of Magical Power 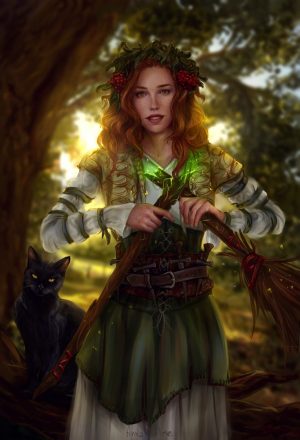 The Secrets of Magical Power

A true Magician has certain responsibilities to keep. There are four of them, if he or she wants to maintain their power. Traditions around the world all know what these four responsibilities are – Knowledge, Will, Courage (or Daring) and Silence. The traits of the Magician are encapsulated in the saying, “To Know, To Will, To Dare, and To Keep Silent.” In the following article I discuss The Secrets of Magical Power:

A true Magician is always seeking knowledge. You might be wondering what it means to Know. To Know, when used in this particular context, means to be aware of more than what you have initially been taught to believe when you’ve been at school or at church. It means to be aware of much more than what you’ve seen presented in the daily news on television, or what you’ve read in the newspapers.

To Know often refers to what you already knew when you incarnated into the body that you have now. We are created in the image of our Heavenly Father, and we came into our bodies knowing a vast deal more than we’re told we know as little children. Our mission, under such oppressive circumstances, is to remember who we are and what we already know deep within every cell of our being. This knowledge is called Knowingness.  To blindly accept what you’ve been told by the governments and institutions of the world can often prove to be a very dangerous thing.

Slavery and the Eight Veils

Here’s a good video that explains the various levels of Knowledge that one should work towards gaining. It’s titled Slavery and the Eight Veils. You can watch it by clicking here, where you’ll be taken to the video site that I have established for the foundation that I formed.

In your quest to expand your knowledge, you will constantly be questioning everything that you’ve ever been taught. You’ll also question the things that you learn along the way too because as you gain more knowledge, the things that you learned to help you get to that point will often be overridden by the more detailed knowledge that you’ll gain as your thinking expands. You’ll then use your inner Knowing to confirm whether or not the new piece of information that you’re dealing with fits in with what your inner self knows to be true.

It’s important to realise that you’ll never remember everything that your soul knows, however, don’t let that prevent you on your quest for knowledge. One must head out on the journey in order to clear the muck from the windscreen of their perception, otherwise, he or she will never gain a true sense of self or connection with the Divine.

The power of one’s Will is vital on the quest of the true Magician. Do you know or comprehend the full extent of what Will is? Most people don’t. To have Will is to have resilience in the face of difficulty, inner power and perseverance, long-lasting determination, tenacity, and dedication to whatever the Magician deems to be important for him or herself.

To have true Will also assumes a deep connection to that inner part which is beyond the four F’s (food, fight, flee, and …reproduction). These are instinctual and instincts are unconscious. Many people get stuck on the path at one of these four things. Men often cannot go beyond the last F in the four.  They get stuck when it comes to sex… they can’t control their body’s hormonal drive to mate. Others can’t let go of fighting. Some cannot let go of eating for comfort, rather than health. These four are the tripping points on your quest for Magical powers.

True Will requires you to use your intuition (which is connected to realms that are beyond the physical) in order to gain alignment with what your soul purpose is here on earth. When you have gone beyond living to satisfy only your own wants and needs, then you have likely tapped into your soul purpose for being here. It is then that true Will is needed, because this is when the journey really starts getting interesting.

Just like the Phoenix Bird rising again and again out of it’s own ashes, a man or woman who has true Will will turn every adversity in his or her life into something of beauty by recreating it in a new way where others can benefit from it. In so doing, the true Magician develops his or her creativity and imagination, thus gaining vaster levels of wisdom and comprehension.

To Dare or to Have Courage

To be Daring means to have the capacity to take calculated risks and to put them into concerted action. In short, it means being Courageous. In order to make things happen, one has to have Will. Thus, the true Magician doesn’t aim to have power over others, but rather, he or she aims to gain power (mastery) over oneself. In his teachings, he placed great emphasis on gaining mastery over our Will. He gave us exercises to do in order to increase the strength of our Willpower. I will eventually upload a document that will help with this which will have exercises in it to increase willpower.

No Fear, No Anger

My ol’ teacher used to say that to reach the shimmering doorway into other dimensions, one had to master the two most powerful of all emotions – Fear and Anger. Anger is manifested in the individual who spurns love and opts instead for fury. Anger is also known as Wrath. These two emotions lie at the base of all other negative emotions. However, I’d like to add that the remaining deadly sins must also be mastered.

First of the other deadly sins to be mastered is Pride, which is excessive belief in one’s own abilities that interferes with the individual’s recognition of the grace of God. It has been called the sin from which all others arise. Pride is also known as Vanity. Next comes Envy, which is the desire for others’ traits, status, abilities, or situation. Then there is Gluttony, which is an inordinate desire to consume more than that which one requires.

Very importantly we have to conquer Lust, which is a raging desire for the pleasures of the body. Many people – mostly men – trip at this point, so be aware of your own tendencies around this part of your life. It’s vital to conquer greed as well. Greed is the desire for material wealth or gain, ignoring the realm of the spiritual. It is also called Avarice or Covetousness. And last but not least, we must conquer Sloth or Laziness. Sloth is the avoidance of physical or spiritual work.

When working with Daring we must sit down and work out our goals, objectives, and intentions. We must also know what our purpose is here on earth. I have previously written an article on how to work out your purpose in life. You can read it by clicking here.

To have Daring you must have the “Will” to make something happen – in other words to create (ie. make reality) whatever one wants regardless of how hard it seems or how long it takes. It implies self-motivation and self-maintenance as well a great dose of courage to face difficulties no matter how hard they seem to be mentally, emotionally, or even physically.

Now, this is the most important of all the traits. When you first awaken to your abilities, most people tend to want to tell everyone what they’ve remembered and what they’ve discovered. Silent Power is about with-holding stuff from people who aren’t ready to deal with the information because it is too challenging for them. It doesn’t mean keeping the information secret from everyone. It means only discussing it with people who are capable of coping with it.

One of the reasons for this is because people’s perspective will be so acutely challenged on some topics, that they will turn nasty on you if you’re not careful what you say. Untrained minds that lack the intellectual equipment to handle the revelations that you’ve discovered will fight to keep their current perspective, no matter how accurate the new information might be.

Every individual’s mind works differently. No two people’s neural pathways are the same, therefore you cannot expect that the mass of people are going to agree with you on the spiritual things that you’ll discover along the way to becoming a True Magician.

Just go back to the video Slavery and the Eight Veils and watch that. Watch what happens as you move through the various veils to discover what lies behind them. The people whom you leave behind will think that you’re more and more insane. This is because your perspective has gone beyond what they are capable of comprehending. But perhaps it’s not necessary for them to know these things in order for them to live a happy and fulfilled life. Let them be. When they are ready, they will ask.

To Keep Silent is a sign of respect, care, and concern gained by a careful observation of the listener. One who is ready will ask relevant questions. This is the time for the Magician to find a door open to step through and begin to talk. “Right time and right place” is his/her motto. You’ll need to guide the student to discover by him/herself the path. Be like a silent teacher who nudges them along. It’s is a skill that not many possess.

There are many approaches to the path of the Magician. But remember, many have started the walk only to get stuck somewhere. There is no absolute right – only the right to life and creation. To sharpen the capacity for long term focused attention does not forget the beginning point.

If you’d like to learn more with me, please feel free to pick up the phone and call me on 0404000077 to make a booking for some coaching on this topic. I can help guide you through the development process as you begin to remember who you are.