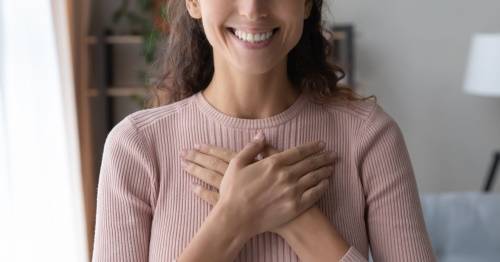 My ol’ teacher Stuart Wilde trained his students to be able to leave this dimension without having to die first. In that training, he spoke emphatically of how Warmth and Service to others is the way to get across to the celestial worlds. He wrote the following article specifically for women. 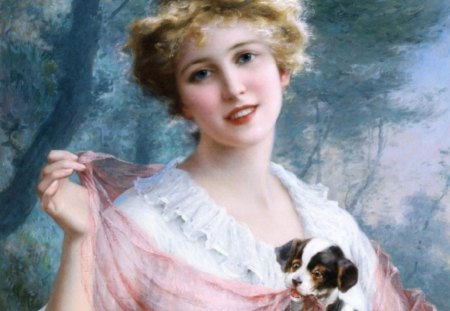 There is a woman I know whom the Beings like who has the ability to make it all the way. She owns two small businesses that help people and she does all the bookkeeping, accountancy, tax returns, promotion, sales, and shipping. She is also a graphic artist and computer programmer, and she has a part-time job running several Internet web sites. This woman is strong, slender, and humble, and she doesn’t ever complain about anything. She doesn’t do yoga or Pilates or paint her toenails.

She has had the same partner for thirty years and she cooks and cleans and maintains a house on four floors that is always spotless and immaculate. The woman bakes and makes jam and she preserves fruit and vegetables and savoury things for consumption at a later date. She sews and grows the herbs that heal and those that are good to eat. The lady is very capable and multi-talented and she works from 8.30 a.m. until 7 p.m. every day Monday to Friday, and she does a few hours on Saturday and sometimes Sunday. She is warm, selfless, clear, hardworking, and strong; every waking moment of her life is a dedication to helping people or serving them in some way. Be like her.

There is a woman I know whom the Beings are fond of who is very, very loving and soft and feminine, and yet inside she is like tungsten steel, brave and powerful. She does sweat lodges for women that are blisteringly hot and with her sidekick, another woman just like her, they trot out six one-hour ceremonies one after the next every two weeks.

The woman is in her early twenties; she never utters a negative word. She has a great sense of humour and the most angelic voice that she uses to sing her sacred songs. Plus, she sings of her home in the Aluna world, and the colours one sees in there and her voice carries you to that place so you can see what she is singing about. She is young but she had already lived quite a few years inside the transdimensional worlds, and she knows of the Beings and all the glory of 9-D. Be like her, a female of transdimensional abilities and kindness that can show that to others.

There is a woman I know that the Beings approve of; she has a young son and a partner. She is a black belt, third Dan, martial arts expert and she is most humble and silent. Also, she does ordinary work as a hostess on a private aircraft that ferries dignitaries around. She is brave and she can follow an order to the letter without question. I asked her to drop some resonance light water for me at a dangerous place in a very dangerous country. She did that. Be like her, selfless, dedicated, fearless, and able to act.

I know of another woman that the Beings say has a great potential, the best of all so far. She is also slight and delicate and soft and very, very humble, and yet she has a deep silent power within her. Plus she displays selflessness and duty and most of all she can see.

She is very secretive and no one, except me, and her husband, know of her gift as she never cares to tell anyone. She looks through the Aluna into the pod and sees that world in four-colours for hours at a time. Sometimes she tells me of what she sees and so that is how I know she is correct and not making it all up. I only know of one other woman in the world that can see into the pod. Be like those women who have learned to see that carry with them the pristine poetry of the Aluna in their energy.

There is a woman I know, a member with long straw-colored hair. She has a lot of disdain and silent hatred and rage and a feigned specialness in her heart. Plus she has a callous disregard for everyone. Try not to be like her.

There is another that is stocky and aggressive. This woman has the energy of a bulldog who has been stung on the nose by a bee. She is brilliant at pretending to be normal but she is not normal. Far from it, the ghouls have parked their RV in her soul and they are not leaving any time soon. Avoid copying her energy.

There is one that had six children, one died; sadly a bus hit him. She knows all the herbs and plants and nutrition needed to sustain people in a natural way. Plus, she has seen Avalon and she knows the power of the Celts and she knows much about the memory of trees. She was given a million euros recently. But she is still not happy and so she is bitter and twisted and evil at times, and she screams and shouts and throws her weight about. She had the power and lost it. Try to learn from her lesson.

There is one more to mention. This woman is very beautiful and graceful. Her long red hair is braided from the front to the back, like the crown of a Camelot queen. She has a great talent as the baker of fine pastries. Her father is a criminal type, a successful ex-drug smuggler that got away with it that brought a big estate. She was raised on the estate and so she has the mind of a landed aristocrat. There, she sits by the fire for hours and reads girlie magazines, and fights with everyone. She hardly lifts a finger from one day to next, even though she is a talented cook.

Eventually, at the age of twenty-three, she left the grand house and she got on welfare, and they gave her a very nice, brand new, two bedroom house, free of any charge, just down the road, less than a mile from her father’s house. And she gets money in hand every month and so she can carry on her fireside traditions courtesy of the folk round there that work and contribute to things. Try to give her lifestyle the flick if I were you, her karma is not good.

Be brave and strong and capable and kind-hearted and selfless. Most of all, serve and be humble and warm. And hurry along now, as the Beings are not up for waiting. They are disappointed in me as I have failed so badly in delivering any female members who have the power. Anyone they can believe in and trust, so far anyway. Of the women with the power that I mentioned above, only one is a member. Let us try to change that.

The good qualities of service and humility are obvious. The adverse qualities of laziness, gluttony, pomposity, a cold heart, self-indulgence, elitism, anger, and hatred are also very obvious to see. Be old fashioned and hardworking, and become capable of many talents. Don’t whinge and moan and pamper yourself and think evil of others. We can’t have a Camelot of ninety-nine men and one woman or all will be lost.

We have got enough time. Let’s try, or I’m out of a job and the girls are out in the cold abandoned to their fate in the ghoul-lands in a Mad Max world without hope of rescue.

The first novel in my series of seven is now published. It is a courageous story of a young teen growing up in a home filled with domestic violence. The story shows how she manoeuvres her way through such a difficult situation.  Click here if you’d like to know more about this novel.