How Abuse in a Relationship Begins 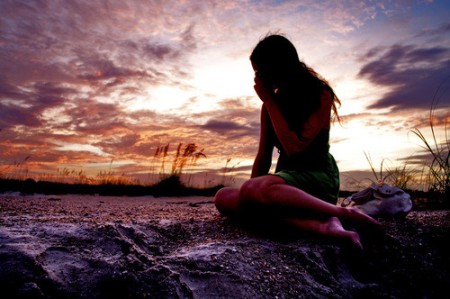 How Abuse in a Relationship Begins

This is How Abuse in a Relationship Begins. It starts out with apologies and excuses, but it doesn’t ever get any better. It only ever gets worse. This is the story of a woman’s abuse.

I: “But you did hit me, and you think that saying sorry will erase all the pain I went through!  How could you be so barbaric?”

He: “Believe me, baby, I didn’t intend to do that. It just came involuntarily; I am extremely sorry.”

Saying this he held me closely and by kissing my forehead, he smiled and requested once again to forgive him. I had to…. after all, he was my all and all in this world.

Life could be so beautiful! I couldn’t imagine that. I was amongst the few lucky ones who were able to marry the one they loved. Richard was my love, and as said by someone ‘I loved him to the moon and back’. I felt myself floating in the air when I came to know that he possessed the same feelings as do I. After dating a few days, we both concluded to tie ourselves in a marital relationship; a thought which made me suppose myself the luckiest lady in the world!

I: “Richard, I found a picture of a woman in your diary. Who is she?”

He: “Oh, she is Merlyn. She had been in my life before you came. It was a brief relationship which exists no more.”

I: “You should have told me about this romance of yours before marriage!”

I: “Of course I trust you, but I must know about all the woman who had been a part of your life.”

He: “Enough of it! No argument! Just keep quiet.”

I kept quiet as I thought his ego had been hurt, so I apologised.

To read more of this short story, please click on the following title: Story of a Woman