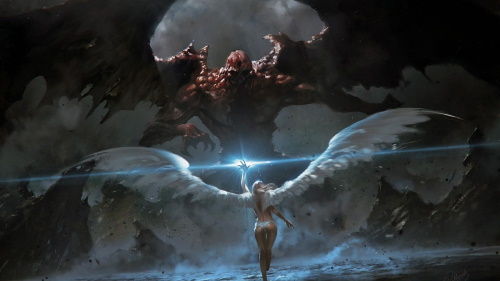 Throughout my life, at different times I’ve seen various types of ghosts, demons, and spiritual figures, but it wasn’t until I was in my late thirties that I began to know how to deal with them. In this article here I talk about My Experience Tackling Demons.

My ability to see astral entities was present from a very young age. At 3 years old I could see nature spirits but lost much of that ability when I saw my father break my mother’s nose. My next most memorable experience of astral entities was when I was 8 when I saw a demon crouched down behind my bedroom door. My room and the rest of the house constantly had an ice-cold chill for about the next seven years from that point on.

I remember seeing ghosts at age 21 and then seeing and hearing a host of demons throughout my 30s and 40s. This included experiencing one who spoke through the man who almost murdered me when I was 33. I’ve also seen other people morph into demonic beings when dealing with them. All of the aforementioned experiences had a profound affect on me.

My teacher, Stuart Wilde, knew about demons for many years before he actually began to write or speak about them. He delayed discussing them because he was waiting for a time when his readership was ready to deal with such matters. When he first began to write about them, it frightened me, even though I had seen demons for myself. I hadn’t dealt with them in the large numbers that he had, so I had no idea of the vast number of demons invading our planet and our lives.

The experience that I’d had at age 8 where I saw the demon crouched down behind my bedroom door scared me so much that many of my psychic abilities shut down. I had been terrified when I saw it and had burst into hysterics. It looked very much like the demon that you see in the image below, and at age 8 I was not confident enough to deal with it. Human beings incubate demons, and both of my parents were very unprocessed and very clogged up with issues, so I’d say that one of them birthed the demon that I saw on that occasion.  Then it fed off the violence that was going on in our family home and grew larger and larger until it became what it was when I saw it. Both of my parents had anger issues and so either one of them could have incubated it and been hosting it. 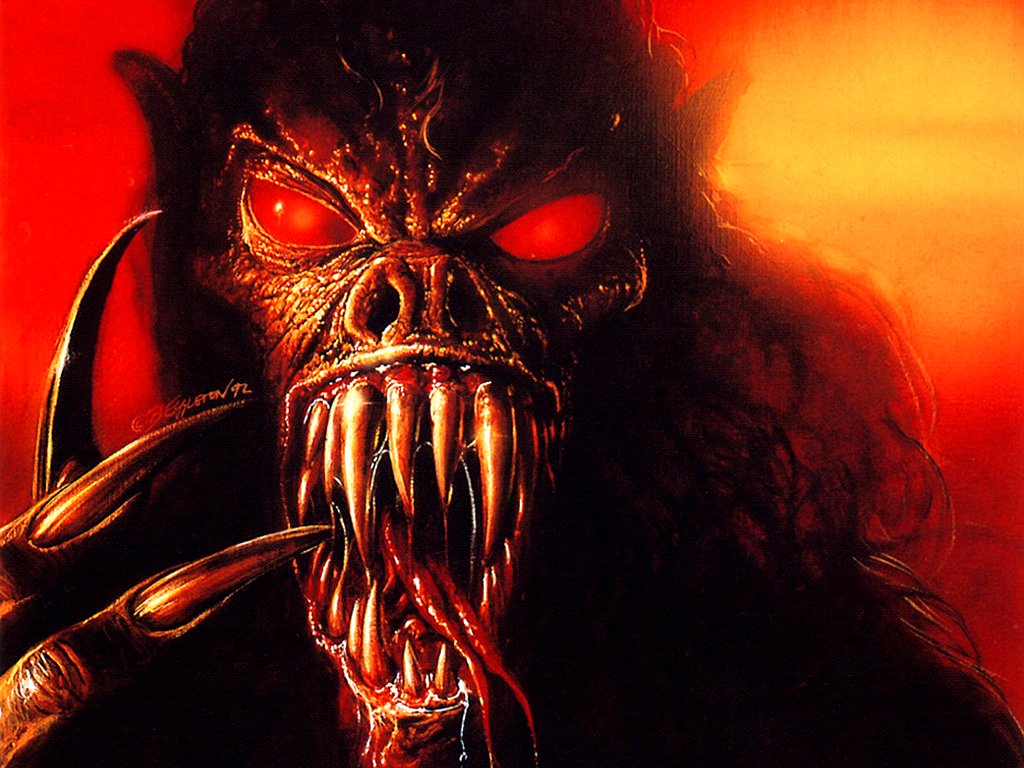 I was unfortunately guided in the wrong direction in life by a well-meaning but very misinformed school friend who was a born-again Christian. I had talked to her about my ability to hear my spirit guides, and she told me that what I was hearing was of the devil. This frightened me, so I turned off my ”receiver” and stopped all communication with those who could have best guided me on my path in life.

After spending a few years without the compass of my intuition and connection to my guides, I hit a crisis and returned to a spiritually based life. Once I was back in connection with my guides and spiritual family, my life moved forward again. However, I was still yet to really tap into my natural psychic abilities, remembering what I’d been told about them by my born-again Christian friend. It would take almost being murdered by one of my boyfriends before I would learn to really listen to my own abilities.

Gifts from the Creator

I have to say that Christianity and its followers do a tremendous disservice to those of us who have clairvoyant ability. Why? Because all of the experiences that could possibly occur within the range of psychic phenomenon get lumped into the pool along with demonic activity. Never is there any acknowledgment that some of us are naturally gifted with abilities that are God-given. Plus, let’s face it, there were many women in the Bible who had dreams and visions who today would be classed as Visionaries or Seers.

When I was a child, demons were able to frighten me, but as an adult, they can’t. Now, because of the training I’ve received from Stuart Wilde, I can see demons for who they are. When you realise that they can’t hurt you, you soon learn how easy it is to annihilate them. They want you frightened because they feed off your fear and anger in order to empower themselves. So just don’t be frightened or angry. Now I simply beam the Christ-Light at them. Then they explode into a mass of Light, returning to the source of All’s existence. Calling upon Jesus or Stuart Wilde works wonders too. 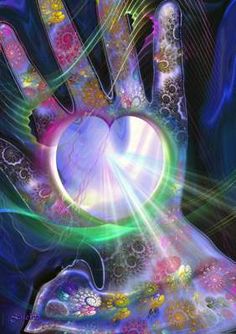 The Galactic Historian Andrew Bartzis once told me that I have multi-dimensional hands. So it comes as no surprise that I can use them for spiritual warfare. He also said that when I do a massage, my clients experience healing because of my hands. I imagine that all healers who work with their hands are the same.

I have found that all that I have to do to annihilate a demon is to raise my palms towards them. Then I channel the Light of Christ down through my crown chakra and along my arms. I then direct the Light out through my hands. The Light bombards them with incandescence and they explode like a water balloon, never to gather themselves together again.

Any tag-along demons usually run for their lives when their leaders are neutralised. They certainly don’t waste time waiting around to discover what their own fate might be. In my experience, the tag-along ghouls look like grey versions of Smeagle from the Lord of the Rings film. They are sly and conniving but lack the power of their leaders. They are just there like members of an army, waiting for directions from their General. However, without the General, they are pretty powerless.

My friend Debra has given me a very valuable insight into where fear stems from. Walking home last night from the train station, I felt the fear rise within me. So I phoned her just to be on the telephone with someone as I hurried down the long dark laneway home. She said to me,

“Yea though I walk through the valley of the shadow of Death, I will fear no evil. Madeline, don’t fear death, because we are Eternal Beings. Just know that you are safe and protected and that there is nothing to fear. You’re experiencing fear, but it’s the fear of death that is worrying you. Let go of that fear, because you can’t die – you’re Eternal. Nothing can prevent you from continuing on.”

So basically, all fear is the fear of death. When we realise that death is just a transition from one form to another, then we don’t have to be afraid. When we’re fearless it’s from that point on that we do our best work here on earth. It is then that we can confront a demon and annihilate it.