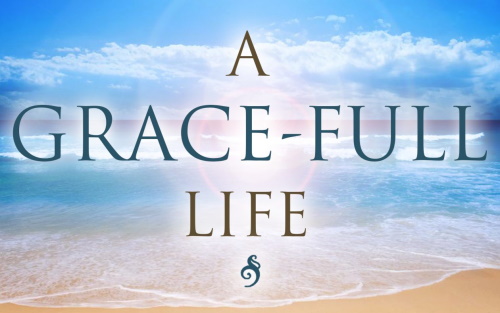 Here in this article, Stuart Wilde explains how to become Full of Grace. If you’re wanting to become less harsh on the world and yourself, there is much wisdom in this article. It will teach you the difference between being cold and being warm. I highly recommend that you read it if you want to become more aligned to the celestial worlds. 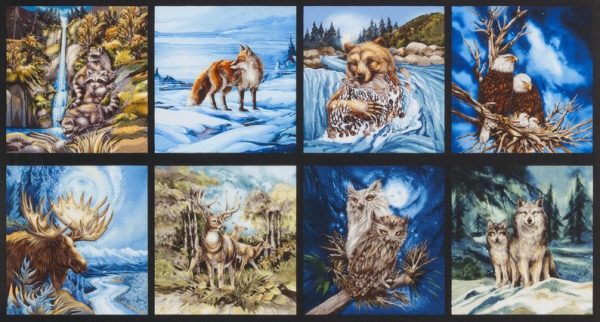 I learned a huge lesson recently from the Beings. It was a dark night of the soul.

I was instructed to take a certain RC member to the Avalon lake, which I did. And I took them to several other Camelot anomalies that I know of. But what I realised was that even though I found the places and knew about them and their power, I didn’t belong. I could get to the arch that stands at the edge of an anomaly and even take other people there, but I could not go through it myself. It was a terrible realisation when I realised that I wasn’t good enough or pure enough to ‘arrive’.

I’ve worked to help people in this life and I’ve given away great sums to help others, but my unprocessed belligerence for the global control systems, and a hard attitude towards certain people like the Pope that I would lampoon with alacrity, was an unresolved issue inside me. And while the things I wrote were a ‘good read’ and often very funny it showed a lack of mercy and kindness. We have to be neutral to even the most criminal characters on the world stage. All this left me with a large patch of unresolved darkness.

My karmic problem in this life was being born half-Sicilian. Over the years I taught my inner Mafioso to be polite and not cause trouble but there was a part of his way of fixing things in a fast hurry that I actually liked, and that aspect I never quite got rid of. It is a mind-set linked to the misuse of power even though I never actually misused that power. Deep within, I realised that characters like Vito Corleone were my childhood heroes. I saw Superman as a goofy guy compared to Vito and the boys.

Later I asked the Beings about a friend of mine who I feel is thoroughly good as something deep inside me worries about him because even though he is a good person I saw a vision of him in a dark setting and I worried that he would not make it either. What I got back was a great surprise. They spent forty-five minutes talking about the man’s character during which time they never mentioned even one of his good points. Instead, they went into a detailed discussion of his inadequacy. They talked of his hidden disdain for women and his lack of respect and reverence for the spiritual journey and they talked about how money-grabbing and stingy he is. My friend can be slightly racist at times but they strangely never mentioned that.

So even though my friend is the epitome of Mr. Nice Guy and everyone loves him, his finer points are not fine at all. In fact, he has sunk his chances in this lifetime. For the Beings to talk about one person for so long is unheard of, as usually they talk about dimensions and plans and love for the Tao and things of that nature. They came back on the same subject a couple of days later to say that there were not enough years left for my friend to process the disdain he had in him for a certain healer that I know well. I never realised that my friend had a disdain for the healer as I have never heard him speak ill of that person. My mate must have silent hate I know nothing about.

What this taught me was that your general attitude and actions and successes in life are all well and good and noted, but the other things are just as important. So you may be a good mother but if you hate the neighbours then all your efforts on the kids is wasted. A male may be a good provider and protector for his family but if he is silently stuck up and belligerent, then all of his hard work providing and protecting counts for very little. Many healers are good people. Then again some resent their patients and look down on them. A lifetime of service while you silently resent the people you are serving is a wasted effort.

You may work tirelessly to right wrongs and help with social injustice but it may just rot your soul for it is often impossible to work helping people overcome their misfortune and not be sucked into anger and resentment because people suffer needlessly. It is pointless being a vegetarian if you are angry at meat-eaters, or at the cruelty that humans inflict on animals. I know that in the past I have resented people who are grossly overweight for I know they have killed a lot of animals to get that way. But it is not right to resent people for any reason.

It is so easy to be sucked into dark sentiments that one covers over in a Technicolor cloak of a superior righteousness. My friend pretends to be very humble and he will swear black and blue by all the gods he can muster that he has no interest in money, but the truth of it is that he is a money grabber and his propensity for profiteering off others is quite alarming at times. I love him but I can see how he lets himself down. He is not aware of his dark subconscious impulses.

The finer points are important. We have to love everyone – popes with poor records for child-minding, psychopathic red-necks that can dispatch armies, the cruel ways of big business. And we have to embrace the Fat Controllers, if we can get our arms around them that is. To complete this journey as a spiritual human is to make everything right and well for at a higher level the torturer is a spiritual being with a slight attitude problem when it comes to human rights, we can’t judge it. We have to suffer our tormentors and breathe love into their hearts and we have to become neutral towards all humans, or very loving, but neutral at least.

Once I realised that I didn’t belong to the very thing I’d strived for these twenty five-years to reach, I set upon a change of course. I dropped the belligerence and the satire, funny as it was, and I solicited the help of the magical animals that are found around the lake of Avalon as I knew they knew something I don’t know. They have a grace and silent settlement in their hearts that I seek. Then I prayed every morning and at night for all the bandits of the world, and for all my friends and the club members who came to mind. And I set my feelings straight, becoming ever more soft and offering a neutral eye to all those people I saw and met each day.

Then I waited in my mind’s eye with my magical friends: bear, wolf, eagle, owl, and the stag and a type of deer from Africa called a kudu, and I pondered the mystery of the Tao and Gaia and the beauty of the ten thousand things. I decide to teach the owl to dance like Michael Jackson, pirouettes, and backsliding like MJ’s moonwalking, and so I’d go through MJ’s slick dance moves in my hotel room hoping the owl was watching. And one day I watched the eagle hovering in front of my nose inches away, and on another day I suddenly felt that I had gone brown on the right side of my body and for a while I couldn’t figure out what it was. Then I realised that the bear was half inside me. And I talked to the wolf whose eyes are very blue and I’d tug on the stag’s horns to say hello and that went on for days and days.

Then the Beings came back to say they thought I’d made remarkable progress in just three weeks and that I was to be given a job at the lake that I didn’t have before. So I felt very proud and happy as I felt I’d notched up a bit from the level I’d been at before. The point is it didn’t take long to turn things around and start to move in the right direction.

The great secret is the animals as they are wise and the owl has a special eye that you can enter and learn from. I’ve never been as yet but I know of others who have. And the wisdom of the eagle is mysterious. The Beings told me to carry a picture of the eagle in my wallet and look at it and eventually the eagle would show me what was in its heart. One night in the Aluna it was perched at the bottom of my bed on the bedstead just silently watching me. That was a magic moment to behold. And the wolf has its magic as does the stag, and the kudu is a protector, I saw it in the hallway of a hotel six-to-eight feet high.

And so to align to those animal beings that have such a great intelligence and mysticism is to realise that they have the power because the Tao, of its very nature, is with them, and we humans are asymmetrical and we do not have the power, so essentially the animals are higher than us; the keepers of a great wisdom, our teachers. They offer salvation.

I don’t know if I’ll ever make it through the arch but I have lots of characters keeping me company while I work it out.

The first novel in my series of seven is now published. It is a courageous story of a young teen growing up in a home filled with domestic violence. The story shows how she manoeuvres her way through such a difficult situation.  Click here if you’d like to know more about this novel.