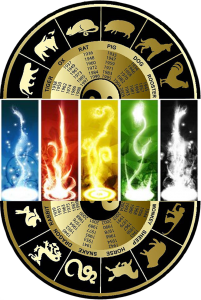 This is how Chinese Astrology, Chinese Zodiac was developed. According to Chinese legend, the twelve animals quarreled one day as to who was to head the cycle of years. The gods were asked to decide and they held a contest: whoever was to reach the opposite bank of the river would be first, and the rest of the animals would receive their years according to their finish. Learn more about Online Chinese Astrology, Online Chinese Horoscope (Australia, Sydney) here.

All the twelve animals gathered at the river bank and jumped in. Unknown to the ox, the rat had jumped upon his back. As the ox was about to jump ashore, the rat jumped off the ox’s back, and won the race. The pig, who was very lazy, ended up last. That is why the rat is the first year of the animal cycle, the ox second, and the pig last.

A cultural sidelight of the animal signs in Chinese folklore is that horoscopes have developed around the animal signs, much like monthly horoscopes in the West have been developed for the different moon signs, Pisces, Aries, etc. For example, a Chinese horoscope,  Chinese Zodiac may predict that a person born in the Year of the Horse would be, cheerful, popular, and loves to compliment others. These horoscopes are interesting, but not regarded seriously by the bulk of Chinese people.