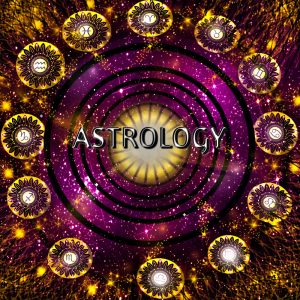 Though it may come as a surprise to the true believer, many astrologers believe that astrology cannot make precise predictions about your future. Although astrology can indeed reveal the tendencies of your future.

Let’s say that an astrologer tells you that next Tuesday you will accidentally trip and fall. You’ll break your left wrist as it cracks against a fire hydrant as you’re walking down the street. Now that would be a pretty precise prediction, wouldn’t it? But no astrologer ever makes predictions like that.

More likely, an astrologer will say something that is far less defined. For example, “There is some danger of having an accident next Tuesday, so try to be more careful than usual.” This is of course not a precise prediction, but rather a statement, based on certain astrological techniques. It is a statement about an increased probability of a certain type of event occurring. This is the true strength of astrology. Astrology doesn’t tell you what is going to happen (since that is beyond its capabilities). Rather, astrology informs you about the probabilities of certain types of events occurring.

Astrology Isn’t a Prediction of the Future

Astrology isn’t used to predict the future. It is used to help you gain insight and understanding into the patterns and directions that your life takes. It is not an absolute, but rather is an indicator. If you don’t like what your astrological or natal charts tell you, it’s certainly within your power to change it. Astrology can give you insight into one potential destiny.

However, there are too many variables that can affect your destiny for the future to be set in stone. These include the decisions that you make for yourself along with the decisions that those around you make. Therefore it’s not possible to predict with any degree of accuracy what will happen in the future.