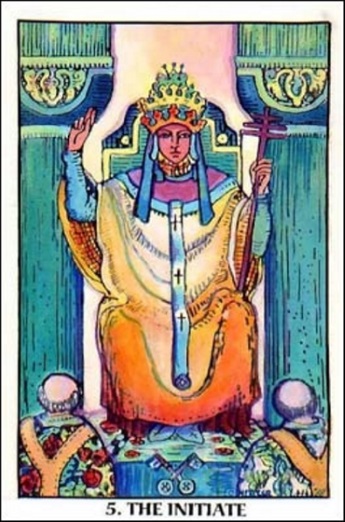 As we have been discussing in previous articles, there are 22 cards in Major arcana, each depicting the various stages of the journey of The Fool from arrival into a new life to final glory. So after meeting with The Empress and The Emperor, The Fool encounters The Hierophant. Now we will look at The Hierophant Traits.

This card is associated with gaining the wisdom needed to make the right decision. The positive aspect of The Hierophant is a man or a teacher who leads you to find the answers within yourself. The negative aspect of The Hierophant leads you towards rules and dogmas that won’t set you free. Such examples of this are governments, some of the laws that are enforced by the police force, and most teachings of religious bodies. Yet, a true teacher will lead you to find that aspect of yourself that is connected with the Source, so that you become confident to make your own right decisions.

The Hierophant is associated with shamans, spiritual leaders, and Chiron etc. However, for some, the Pope that appears on the card represents this same wisdom, but unfortunately, all religions that are controlled by rules and dogmas are the negative side of The Hierophant. In his purest form, he is the keeper of spiritual knowledge and the vehicle for change, because he imparts his knowledge to help empower others, but whenever he uses his knowledge to control or suppress those around him, here we see the reverse aspect of The Hierophant so take note of this when the card falls reversed. 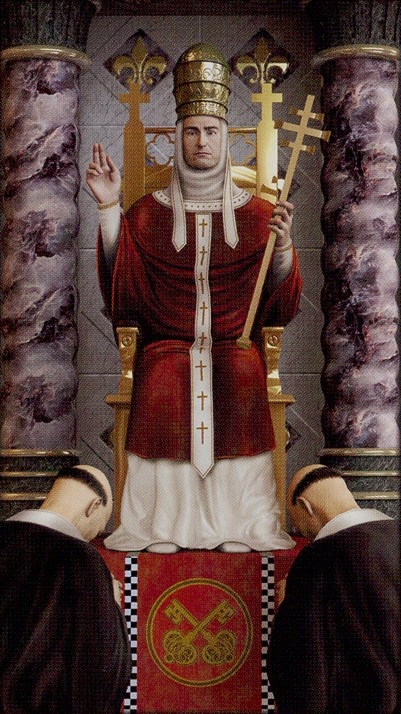 The Hierophant is the counterpart of The High Priestess. This card is fully associated with spirituality and religion. The Hierophant knows the secrets of the inner chamber that are often spoken of by those who have reached high levels in their spiritual training. That’s why he asks everyone to listen to their inner voice. The right answer and the right decision is always within us, we just have to dig deep. The High Priestess and The Hierophant are different in some ways.

For example, The High Priestess has esoteric knowledge just like The Hierophant but she keeps this knowledge and does not give it to just anyone. Unlike The High Priestess, The Hierophant has this religious knowledge to show and admonishes the person who is full of doubts and fears. The Hierophant spends his entire life studying every religion and wisdom of spirituality, therefore he knows all the truth and wisdom and he wants to admonish every doubtful person that the right decision is within them because everyone is powerful if they will only listen to their inner voice.

Now we’ll talk about the key factors for which The Hierophant is known. As was stated previously, The Hierophant is associated firstly with deep religious and spiritual knowledge and education, and secondly, he is very intellectual. He is also associated with leadership because he is the leader of religious and/or spiritual groups where he unites people through his teachings. He is known for his self-discipline and he enjoys this requirement of the journey because being self-disciplined is how he manages to reach the level that he is at.

The Hierophant is also linked with tradition because he knows every tradition of each religion. He is also associated with experience because he is full of religious experience. As you see he holds huge religious power but he is not abusing it. His main mission is to bless and enlighten people who are full of doubts.

The Hierophant sits on the stone chair which is created for religious leaders. He holds his right hand in a different manner. This definitely means the benediction. This position of his raised right hand and his two fingers pointing symbolises spiritual and religious well-being and of course blessings of love. Everyone is welcome to meet with The Heirophant, with the religious leader and he will bless them with love and with spiritual blessings.

In the centre of the card at the front there are two keys which mean that The Hierophant can unlock every door of religion because he knows how. Notice that the two keys are golden and silver, and they are crossed. These keys symbolise the keys to the Kingdom of Heaven. The Hierophant is the mediator and translator between God and the people.