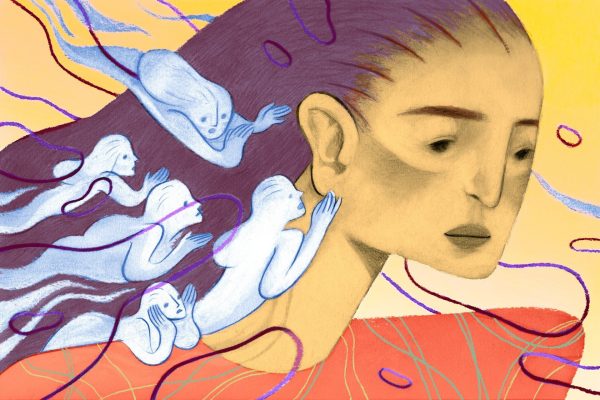 Within each of us is what Carl Jung termed The Human Shadow. Here is a brief description of the ‘shadow’ from him: “The Shadow is a moral problem that challenges the whole ego-personality… To become conscious of it involves recognising the dark aspects of the personality as present and real. This act is the essential condition for any kind of self-knowledge, and it therefore, as a rule, meets with considerable resistance.”

The Consequences of Denial

The Shadow contains the negative aspects of ourselves…. the parts of us that we’ve denied. In our denial they grow a life of their own and become more evil the longer that they remain hidden. My old teacher used to say that humans are incubators for demons, and I truly believe that this is true. I have seen people’s demons rise up and strike at me when triggered. They become like Jekyll and Hyde – they go from one extreme to another when the mask finally drops.

Traits of Being Unprocessed

People who have not processed their Shadow will often hate and they will often judge. They are often filled with anxiety and they often get depression. They handle situations badly because they react to the disowned parts of themselves that have not been healed through acceptance. Those parts of themselves get triggered by various things that people in their world do.

Of course, most people don’t mean to trigger other people’s stuff, but it happens as a result of being themselves. The less processed you are, the more likely you are to trigger and be triggered, which makes it very difficult to get out of the state that you’re in. Those who do manage to heal themselves deserve to be marveled at for their persistent determination.

When there is much about a person that hasn’t been owned, then their state of being becomes either grey or dark. They can only cope with being in the presence of others whose own state matches theirs. They resonate at the same level. However, when they find themselves in the presence of those who have processed their Shadow they react. People who have created a lot of Light inside of themselves will find that unprocessed people cannot stand to be around them. That’s when someone who has an unprocessed Shadow will begin to push the processed individual away. Or they might outright attack them, or will stay involved but be abusive.

Demons In The Mind

It’s very interesting how when someone is exposed to a very Light-filled being, their darkness will come out and attack. All sorts of twisted thoughts start going on in his or her head, and suddenly they’re blaming the people around them for their fears and for what’s happening to them.

What’s really happening is that their unprocessed darkness is feeling antagonised by the Light, and it’s screaming and running amok. Their Shadow (now a demon) will whisper into their mind and try to make the Light of others appear to be darkness too – that’s what demons do, they lie.

Are They Well Processed?

You can always tell how much processing an individual has done by how they react when they’re introduced to the Light. Let’s say you introduce a vindictive narcissist to someone who has been through years of healing. This someone has raised his or her vibration to a very high degree. Because the vindictive narcissist’s Shadow is still firmly in place, their own darkness will send them crazy with delusion, and they will suddenly start attacking the healed one. Of course they will – they haven’t done much work on themselves to deal with their own demons.

Personally, I reckon that the medical profession dubbed people like this as narcissists, but what they really are is spiritually possessed. They’ve been overtaken by their own unprocessed Shadow. They are now spiritually housing a multitude of dark entities who feed off the pain and chaos that they cause in other people’s lives. The medical profession can’t make any money from pills for spiritual possession – people wouldn’t buy them. So they termed the phrase ‘Narcissist’ to give the bad behaviour a name that they could write psychological notes about.

Carl Jung said that ‘We cannot change anything until we accept it’. So for the one who needs healing, they must go into themselves and accept the part of themselves that is dark, and own it. They must look at how it caused damage in other people’s lives, and make reparation for what has been done.  Jung also said, ‘Knowing your own darkness is the best method for dealing with the darknesses of other people’. This is very true.  You cannot understand another person’s behaviour if you haven’t been through the process of healing yourself.

This is what Jesus meant when he said, “Father, forgive them, for they know not what they do.”

Jesus knew that the people who were condemning him were unprocessed. He knew that they couldn’t see that what they were doing was wrong. Only someone who is highly processed could forgive those who were screaming for their murder. Processing your Shadow will make you have compassion for the plight of other people. Once you have, you’ll understand why they do the things that they do.

If you’d like to learn more with me, please feel free to pick up the phone and call me on 0404000077 to make a booking for some coaching on this topic. I can help assist you towards a vaster level of personal development and comprehension of these things.

There are many informative videos on my video site that will help uncover the truth of what is going on in the world today. To watch a particularly relevant video at that site on the topic in the article above, click here.