Light and Dark Within 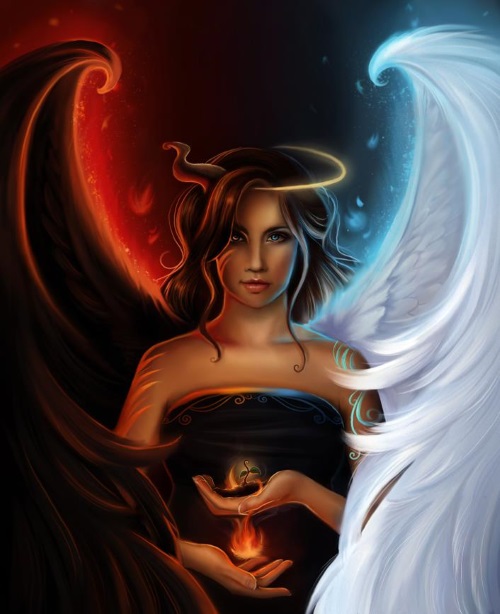 Light and Dark Within

There are many teachings that say that our Ego (which could also be called our Shadow) and our Higher Self (which is our Light) cannot coexist. Light and Dark Within can and do exist beside each other. This is not quite true, as I will go on to explain. Throughout this article, I will use the term Higher Self to denote the Inner Being/Higher Self/Divine Self.

Because we have a living essence, we still have a spark of the Christ consciousness in us, no matter how dark and egoistic we become. Our Higher Self is in us because we still have a connection with the Divinity of the force of the Higher Self. However, this force is only in us to a certain point, a very small percentage relative to the amount of consciousness that we have set free of the ego.

The Loss of One’s Soul

If one became completely absorbed in his or her ego one hundred percent, the Higher Self would become divorced from that individual and he or she would fall from the Tree of Life like a leaf falling from a tree. Then the Higher Self would not be there. One would just become dead matter – a leaf tossed by the winds of Karma to be recycled by nature.

So long as you maintain some percentage of free consciousness within yourself, you maintain the connection to your Higher Self. The more consciousness you free, through performing the Work, the stronger your connection to your Higher Self becomes. Of course, the Work of Alchemy is ultimately to eliminate all of the ego so that the Higher Self can completely inhabit you and incarnate in you. However, it is a process of steps to reach that point.

Firstly, the symbol is a circle with a dark side and a light side. Within that, there are opposite coloured circles of a smaller size. These smaller circles represent our connection to either the Light or our connection to what is left of our unprocessed darkness (our Shadow). In the black half of the circle, there is a small circle of white which represents that there is only a small amount of Divinity able to be heard through the darkness of our ego. In the white half of the circle, there is a small circle of black. This represents that there is still some darkness that we need to work towards eliminating, yet most of our soul has been processed of its darkness. The ego is mostly gone.

Your Higher Self is the animating fire in every cell of your body and of everything that you are. He is also in your ego, but as Lucifer. So He knows you inside and out. Many people aren’t aware of this, but the trinity of Christ also has the components of the Anti-Christ.

Gravity affects matter and anti-matter the same way because gravity is not a charged property and a matter particle has the same mass as its anti-particle.

In reality, the Christ and the Anti-Christ are a scientific equation. The Anti-Christ manifest through each and every unprocessed human alive today. Just as there have been great masters of Light, so too are the great Masters of Darkness. Really, it’s totally up to you who you decide to become and how much Light you decide to garner.

The Journey fo the Fool in the Major Arcana is the story of the alchemical transmutation from dark to light where you become pure energy. Golden, pure Light.