The Alchemy of The Magician 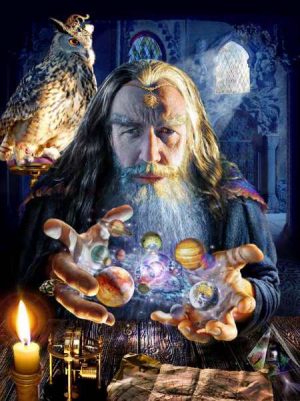 The Alchemy of The Magician

Know Thyself. This is the very first requirement if you would like to become an alchemist. So then, is it dangerous to practice transmutation without knowing who you are? Well, that is a very interesting question. One can practice transmutation and not look inward at themselves (which is usually done through meditation) and certain results will occur. To transmute means to harness a force and change it. ‘Trans’- is the basic prefix of the word, which indicates ‘from one thing to another,’ and ‘mutate means ‘change into a different form’. To transmute is The Alchemy of The Magician.

When considering becoming an alchemist, firstly we have to comprehend who performs the transmutation. Who within us becomes the Magician who changes lead into gold? Who is that alchemist? Well really, it is our Vast Self who makes the decision to transmute ourselves from a carnal human into an angelic human. It is the Christic Being, the innermost.

The one who performs the magic of alchemy is the Vast or Higher Self, the Inner Being. The one who transmutes the energy is the Inner Christic Being. The one who performs the ritual, or empowers the mantra, is the Divine Self. We as a carnal/terrestrial human are just a vessel, a vehicle. We become merged with the Christic Being when we focus our efforts on doing the work needed to merge, but it is our Vast or Higher Self, our Inner Being, who drives us to persist long enough to get there.

If an exercise of transmutation is performed, that is good, because this is what the Being needs. But the fruit of that exercise is given out by the Being himself. The Magician, who in this case is the Christic Being or Higher Self within you – the one who has that power – will not give the fruit of transmutation to someone who is not responsible enough to use it wisely.

That is why the Divine Mother never flows through someone who is still very unprocessed. For example, there is a story given of a man who was a famous Gnostic instructor who spoke beautifully about the teaching, who was practicing alchemy and transmuting his sexual forces but was not rewarded by his Divine Mother. Why? Because he did not meditate, he did not look inward, and so therefore he did not comprehend himself. The Divine Mother could not reward him the fruits of transmutation because he did not understand how to use them. He was still trapped in egotistical desires.

If you do not comprehend why you have your anger, and how your anger makes you behave, then you will remain angry. If you do not comprehend why pride is a sin, you will remain in sin, and your Christic Being – God – will never give power to someone who is unprocessed. The Magician will not give power to a fornicator or an adulterer. The Christ cannot free someone who remains identified with their own selves.