Kabbalah, Sephiroth, and the Trinity 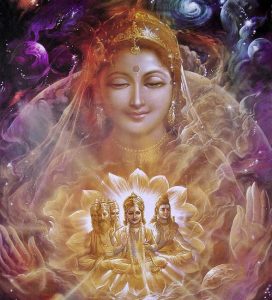 Kabbalah, Sephiroth, and the Trinity

You will often notice that in the Kabbalah, the Sephiroth are almost always grouped in threes. There is a good reason for that. The Law of Three is one of the fundamental laws that nature is based upon. The Trinity is a form of balance. You have an initial first force that begins. You have the third force that destroys or ends. In-between those two you have the force of Balance that maintains. You can call these forces notes, as in musical notes. The first force would be the note ‘Do’ (as in Do, Re, Mi, Far, So), and would be known as the note that begins something. END_OF_DOCUMENT_TOKEN_TO_BE_REPLACED