Where Is This World Headed? 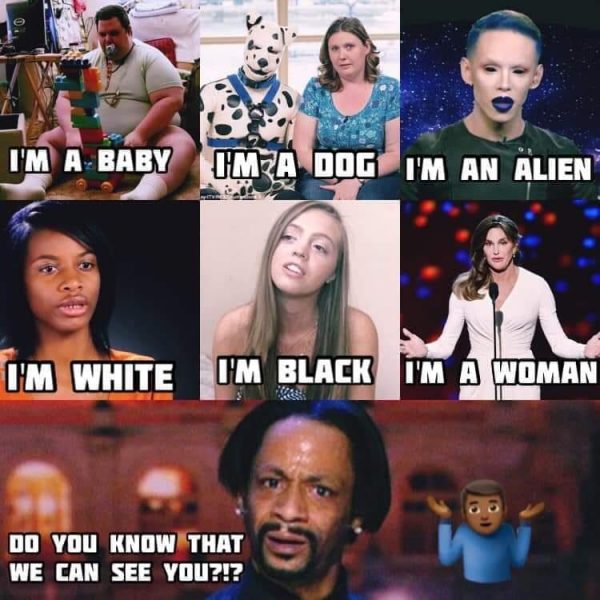 Where Is This World Headed?

You might look at the above image and wonder Where Is This World Headed? The people you see above are the outcome of a well thought out plan of divide and rule. It is called ‘Inversion’. We basically live with a bunch of broken, unhealthy humans who have hormone imbalances, mineral deficiency, and toxic overload. They have a gut full of parasites and a stomach (first brain) that is out of balance. Chemicals are passed on via the womb, chemicals are injected through vaccines, estrogen mimickers in our bodies from plastics in the water. These toxins are scientifically designed by the Deep State to take part in destroying the family unit. Other methods are also involved, but these methods affect us individually on a physical and emotional level.

So many readers will get triggered by articles like this, but you fail to see the ‘end goal’ of those who currently run this planet. You need to think generational. You need to think 100 years, 200 years ahead. You need to look at where the human race was and the trajectory of where it’s headed today. There is a one out of two cancer-rate today. There will be a one out of two autism-rate by 2030. Old man’s disease is through the roof (Alzheimer’s, Parkinson’s, Dementia) which is just heavy metal toxicity.

Take a good look at the sexualisation of children, the separation of the original family unit, and the destruction of nature, ancient ruins, and native cultures. See the altering of history and the normalisation of pedophilia.

How Do You Control and Take Over a Planet?

Answer: You attack the alpha male, you attack the strong natural family unit, you destroy morals, dishonour the feminine, divide and rule at all angles. Make it cool to be a piece of shit and teach people false pride.  Teach them that materialism, fame, and glamour are more important than unity, love, respect, family, and honour.

Invert everything.  Put out so much disinformation that humans have zero clue where they came from. Their origins confuse them. Blame human beings for global warming. Say that there are too many humans on Earth. Lie about the size of the Earth. Push a scarcity mindset. Lie about the primary refreshing stations (everlasting freshwater enough to support the entire Earth forever). Suppress all of the free energy technologies and suppress all of the health cures. Indoctrinate all humans through schooling and university. Indoctrinate them through the propaganda media tv (tell-lie-vision).

Interfere With Their Health

Make healthy-living and good food illegal and or unaffordable to the masses. Create a taxation (slavery) system to slow people down with imaginary debt. Put poison in the food, air, and water. Forced toxic vaccines. Create a medical system that is actually a depopulation system.

Interfere with Their Rights

Implement a court system that is run by Luciferians and Satanists with unfair trials where you have no rights and no chance. Invert everything and put out so much false information that human beings do not even know what’s real anymore.

Lie to Them About Who They Are

Hide all the truth and evidence showing that human beings are multidimensional. Keep them believing that they are sinners walking around in a skin suit. Create in the world “Religion” and externalise a false god.

Time to Wake Up

Until you understand the system there is no point arguing with you. It is time for you to research, wake up, access your inner power and worth, and start living from truth, integrity, and sovereignty. Everything that you’ve ever been told is a lie – it’s all backwards.

Don’t fall for the human zoo of distraction. Say no to political correctness. Step into your power – it’s okay to reject stupidity and vile behaviour. Do not consent to their control.

Where Is This World Headed? Only you can help to change the direction and outcome of that.

Many, many years ago (more than 30, in fact) my spiritual teacher woke me up to what is going on in the world. His influence on my life has meant that I’m one of those people whom you would call ‘Awake’. Because I am awake I am able to make better decisions in my life. Here are some of his writings – be sure to check them out by clicking here.

Most people would like, at some stage to meet someone with whom they can open up and have a loving relationship with. Loving relationships usually take many years to build, and alot of work to maintain. There’s an agenda in society today that discourages people from getting involved in a long term relationship. There is definitely a trend happening where people don’t want to create a family.

For lots of great articles to help you develop a loving relationship, please click here. You’ll be taken to the blog of the foundation that I have founded which aims to assist people who are in violent relationships to leave. There are articles on all things to do with making your relationship work.

If the site does not come up, please use a browser other than Chrome to view it.

The Bravehearts of Belgrave High is now published. I have completed the first in a series of novels that I wrote for teens. It is the courageous story of a young girl growing up in a home filled with domestic violence, and a school and neighbourhood full of bullies. We read how she manoeuvres her way through such a difficult situation and how she grows because of it, among other themes in the novel.