How to Keep a Guy’s Interest 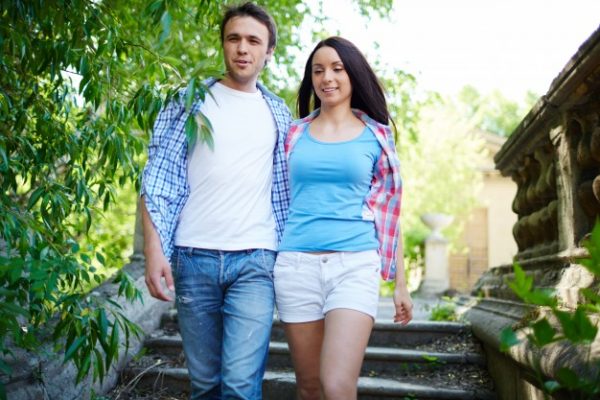 How to Keep a Guy’s Interest

I am writing this article for my clients who are suffering from a feeling of addiction to the man of their affection. When you have become so infatuated with someone who hasn’t as yet shown you that they feel the same way about you, then you’re probably addicted to this man, rather than in love with him. When this is the case, you need to recognise what you’re doing and change it. Here are a few tips on How to Keep a Guy’s Interest.

Stop Yearning for Him

When a man can feel that you are yearning for him, nine times out of ten he’ll withdraw from you. Instead, stand up straight emotionally. Don’t lean in towards him, because this is why he’ll be distant with you. Thinking of him is ‘leaning’ towards him. Rather than do that, try to become very disciplined with your thinking.

If there is a connection between you, he will feel that you are thinking of him, and he’ll feel overwhelmed. Why? Because you’re swamping him with your energy. That’s what fantasising does. It swamps the object of your affection with your energy. Stand up straight etherically and emotionally, and he won’t feel the need to try to escape the weight of your emotional leaning.

When you can conquer this aspect of yourself and take your emotional weight off him, things will change between the two of you. In common-speak, they call it ‘letting go’.  Once you can do that, the energy dynamics between you are going to change, and you won’t feel him trying to escape you all of the time.

Just create enough space for him to not feel that he’s going to be suffocated by you, and then he’ll be free to approach you. But also keep your wits about you. You don’t want him to use you and then drop you, because that’s going to hurt you. Don’t let yourself be just a bit of fun to him because you’re blinded by your own emotions and you can’t tell what his intentions are.

Men like women who don’t need them. Any woman’s emotional leaning comes across as neediness. It’s up to you to pull yourself up ie. stand up straight emotionally, if you want anything to develop between you and the one whom you have feelings for.

If you yearn to be with him, he will feel the weight of your yearning. He probably won’t like it. Stand up straight in your emotions. Take your emotional weight off him. When you can do that, he will feel relieved and good energy can begin once more to flow between you.

Learning to stand up straight emotionally is often very difficult for most women. The reason why is because you want things to happen now. You might be yearning for the high of the emotions that you feel when you fall in love. You’re like a drug addict who is itching for a fix. Watch yourself – you don’t want to ruin your chances to have the relationship that you’ve always wanted.

Most men’s impression at the time of their first meeting a woman whom they’re attracted to is that they’re excited by you. So if you’ve met a guy and things went well, it means that he likes you. But if and when he can feel your tentacles of emotions reaching out to him and trying to wrap themselves around him, he won’t like it. Pull them back towards yourself. Don’t be like a huge plate of jelly that flops this way and that whenever you’re around him (and also when you’re not). Become a warrior – self disciplined and strong.