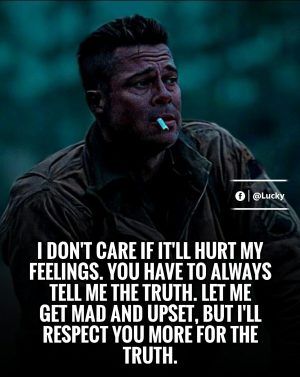 If you want to protect your friendships it’s very important that you always Speak the Truth. If you lie to protect someone’s feelings, you only end up cornering yourself. Especially if that someone has the ability to tell when they’re being lied to, like me, for example. No matter what you say when you lie to your friend, they know. They know that they are being lied to.

You see, lies have a different tonal vibration to them than truthful words. They are like bent rods of energy. When they leave the lips of the person speaking them, they often don’t reach the one being spoken to. Imagine words that fly through the air from the mouth of the one who speaks to the heart of the one who hears them. Truthful words move very quickly and go straight to the heart. Interestingly though, lies don’t reach that far…. they stop in mid air and fall down.

Lies feel dirty to anyone who has a sharp sixth sense. As humanity awakens, more and more people are gaining the ability to tell when they are being lied to. It’s no longer possible to try to protect people’s feelings without them knowing that they are being lied to. Besides, it’s arrogant to assume that you know how someone is going to feel when you tell them what’s upsetting you. Don’t assume to know what they will think. Tell them and allow them to decide what they want to do with what they’ve now discovered about you.

The thing is, when a confrontation eventually occurs because the one being lied to won’t take it anymore, the truth will come out anyway. You’ll spill the beans about what’s annoying you because the one whom you tried to protect will push you, trigger you, confront you. You won’t be able to help yourself when this happens – all of your annoyances, judgements, and feelings will come tumbling out. What you weren’t brave enough to say before will be squeezed out like toothpaste once the pressure’s on.

Finally, the truth will be out in the open. You could have saved the friendship had you been more honest much earlier on, but by now the friend whom you tried to protect is so pissed off with your lies that he or she wants nothing more to do with you.

Your Lies Are Exposed

Game over. All because you didn’t have the courage to tell your friend the truth of how you were feeling months ago. What began as a small annoyance became a monster that turned around and bit you, all because you lied.

The irony is that people who lie to protect other people’s feelings often claim that they always speak the truth. They often tell other people to always Speak the Truth while going about their own lives in a deceitful way. The reality is, however, that they do what they claim they do (or what they want you to do) selectively. They only Speak the Truth when it suits them.

Always Speak the Truth as soon as you need to so that your accumulated lies don’t turn and bite you. Tell your friend what is annoying you so that he or she can correct what they are doing. Give them the respect of not underestimating their ability to see through your own lies. Give them the credit of being capable of correcting their own behaviour. Be more honest.

My novel, The Bravehearts of Belgrave High, has now been published. I have completed the first in a series of novels that I wrote for teens. It is the courageous story of a young girl growing up in a home filled with domestic violence. Unfortunately, she also has to endure a schoolyard and a neighbourhood full of bullies. We read how she maneuvres her way through such a difficult situation. Plus, we see how she grows because of it (among other themes in the novel).