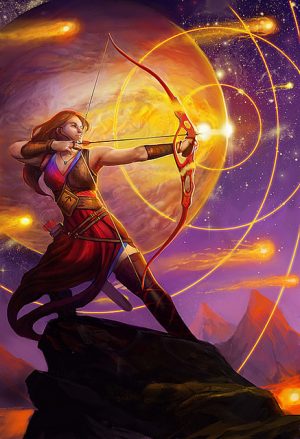 The following quote was written by Carlos Castenda. In it, Casteneda writes that Don Juan speaks of Unbending Intent. He almost seems to contradict himself in that he tells Castaneda that a warrior is fluid, flexible, and unpredictable.  A warrior has no routines.  In fact, the warrior intentionally disrupts any routines that happen to form.

On the other hand, he was training Carlos to have “unbending intent.”  He said, “The average man’s connecting link with intent is practically dead, and warriors begin with a link that is useless, because it does not respond voluntarily. In order to revive that link, warriors need a rigorous, fierce purpose — a special state of mind called unbending intent.

Unbending intent is like discipline but even deeper because it is a way of reviving our link to Intent, Spirit, Will, and Power.  With the warrior’s discipline of unbending intent, he or she becomes impeccable. She or he no longer wastes energy.  “A warrior is not a leaf at the mercy of the wind. No one can push him; no one can make him do things against himself or against his better judgment. A warrior is tuned to survive, and he survives in the best of all possible fashions.”

An impeccable warrior with unbending intent strategises everything.  From the perspective of a warrior, life is too short to have one’s time wasted by others’ dramas and crises.  The warrior does not allow herself to be drawn into those dramas, crises, or dysfunctional patterns, unless for some reason it serves her strategy.

When a warrior has developed his or her impeccability and unbending intent, he or she can be fluid, flexible, and unpredictable, disrupting her routines, without becoming a flake at the mercy of the wind. Here’s Casteneda’s account of what a warrior, or Sorcerer, is.

In the universe there is an immeasurable, indescribable force that is present throughout everything that there is. It is called will, the will of the Indescribable force‘s emanations, or intent. Absolutely everything that exists in the entire cosmos is attached to intent by a connecting link. It is with Unbending Intent that we become masters over our spirituality, and can eventually walk through walls or walk on water.

Warriors are concerned with discussing, understanding, and employing that connecting link. They are especially concerned with cleaning it of the numbing effects brought about by the ordinary concerns of their everyday lives. Shamanism at this level can be defined as the procedure of cleaning one’s connecting link to intent.

The average man’s connecting link with intent is practically dead, and warriors begin with a link that is useless, because it does not respond voluntarily. In order to revive that link, warriors need a rigorous, fierce purpose – a special state of mind called unbending intent.

You have to have an unbending intent in order to become a man of knowledge. Anything is possible if one wants it with unbending intent and you don’t let your thoughts interfere. A warrior could not possibly leave anything to chance. He actually affects the outcome of events by the force of his awareness and his unbending intent. The two basic qualities of warriors are sustained effort and unbending intent.

Intent is present everywhere and is what makes the world. People, and all other living creatures for that matter, are the slaves of intent. We are in its clutches. It makes us do whatever it wants, and it makes us act in the world. It even makes us die. When we become warriors, though, intent becomes our friend. It lets us be free for a moment; at times it even comes to us, as if it had been waiting around for us.

Intent is not a thought, or an object, or a wish. Intent is what can make a man succeed when his thoughts tell him that he is defeated. It operates in spite of the warrior’s indulgence. Intent is what makes him invulnerable. Intent is what sends a shaman through a wall, through space, to infinity.

Will is something very special. It happens mysteriously. There is no real way of telling how one uses it, except that the results of using the will are astounding. Perhaps the first thing that one should do is to know that one can develop the will. A warrior knows that and proceeds to wait for it.

The force of our Will is something very clear and powerful which can direct our acts. Will is something a man uses, for instance, to win a battle which he, by all calculations, should lose. It is not what we call courage. Courage is something else. Men of courage are dependable men, noble men perennially surrounded by people who flock around them and admire them; yet very few men of courage have will. Usually they are fearless men who are given to performing daring common-sense acts; most of the time a courageous man is also fearsome and feared. The force of our Will, on the other hand, has to do with astonishing feats that defy our common sense. You may say that it is a kind of control.

Will is not what one calls “will power”.  An act of “will power” is not will because such an act needs thinking and wishing. Denying oneself certain things with “will power” is an indulgence and I don’t recommend anything of the kind. The indulgence of denying oneself is by far the worst; it forces us to believe we are doing great things, when in effect we are only fixed within ourselves. Men are very frail creatures, who make themselves even more frail with their indulging.

Will is a power. And since it is a power it has to be controlled and tuned and that takes time. When I was your age I was as impulsive as you. Yet I have changed. Our will operates in spite of our indulgence. For example your will is already opening your gap, little by little.

There is a gap in us; like the soft spot on the head of a child which closes with age, this gap opens as one develops one’s will. It’s an opening. It allows a space for the will to shoot out, like an arrow. What a sorcerer calls will is a power within ourselves. Will is a force which is the true link between men and the world.

The world is whatever we perceive, in any manner we may choose to perceive. Perceiving the world entails a process of apprehending whatever presents itself to us. This particular perceiving is done with our senses and with our will. Will is a relation between ourselves and the perceived world.

What the average man calls “will” is character and strong disposition. What a sorcerer calls will is a force that comes from within and attaches itself to the world out there. One can perceive the world with the senses as well as with the will.

An average man can “grab” the things of the world only with his hands, or his senses, but a sorcerer can grab them also with his will. I cannot really describe how it is done, but you yourself, for instance, cannot describe to me how you hear. It happens that I am also capable of hearing, so we can talk about what we hear, but not about how we hear. A sorcerer uses his will to perceive the world. That perceiving, however, is not like hearing. When we look at the world or when we hear it, we have the impression that it is out there and that it is real. When we perceive the world with our will we know that the world is not as “out there” or as “real” as we think.

Will is a force, a power. Seeing is not a force, but rather a way of getting through things. A sorcerer may have a very strong will and yet he may not see; which means that only a man of knowledge perceives the world with his senses and with his will and also with his seeing.

Now you know you are waiting for your will. You still don’t know what it is, or how it could happen to you. So watch carefully everything you do. The very thing that could help you develop your will is amidst all the little things you do.

Storing sufficient personal power will enable you to turn your will into a functioning unit. As I’ve said, will is a force that emanates from the umbilical region through an unseen opening below the navel, an opening called the gap. Will is cultivated only by sorcerers and gives them the capacity to perform extraordinary acts.

The will develops in a warrior in spite of every opposition of the reason. You’re the one who’s learning, therefore you yourself must claim knowledge as power. You must find out whether or not your will works. You must prove to yourself that you are in the position to claim knowledge as power. In other words, you yourself have to be convinced that you can exercise your will. The body must be perfection before the will is a functioning unit.

The first novel in my series of seven is now published. It is a courageous story of a young teen growing up in a home filled with domestic violence, and shows how she manoeuvres her way through such a difficult situation.   Click here if you’d like to know more about this novel.