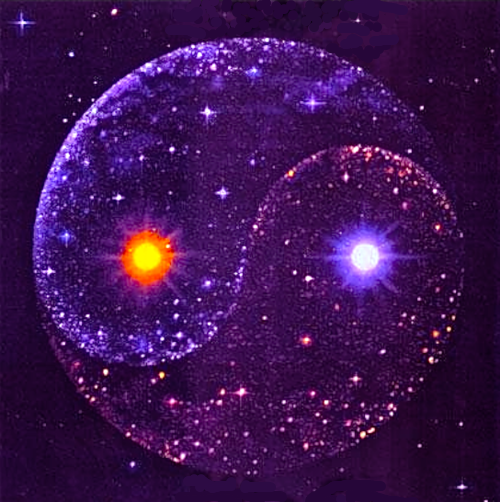 Those who are interested in the Symbolic Language of Taoist Alchemy and its deeper meanings must learn to see beyond the surface. They must look into the words and figure out the hidden meanings behind the cryptic and difficult to fathom symbols and phrases. Hearing ideas like ‘heaven’ and ‘earth’,’fire’ and ‘water’, ‘lead’ and ‘mercury’. Or ‘tiger’ and ‘dragon’, ‘jade furnace’, ‘medicine’, and the ‘mysterious pass’. Or yet again, ‘golden elixir’, the ‘immortal embryo’, and the ‘gate of no gate’. One must not think such words refer to the preparation of chemical potions to ingest, or parts of the body. One must remember that these words and phrases are symbols. They use a language which speaks of one thing in order to allude to another.

The concepts of “fire” and “water” do not refer to actual fire and water. They are symbolic of deeper sides of our nature. The fervor and impetuosity of people is passionate and volatile and so it is referred to as fire. The other side of people’s character, the calm, centered, more contained and wise side is steady and careful. It has a more settled quality, a “softness”, a “flexibility” which contrasts with the fiery and volatile side. So it is referred to as water.

Using the more contained and settled “water” side is using thoughtfulness, logic, and control to nurture and guide our more impulsive and wild side. Using the other side of our disposition, the excitable and temperamental “fire” nature, to complete and balance the often too staid and overly controlling “water” nature is allowing that side of our character expression. By finding a balance between these two sides of our makeup we become more complete and whole.

The ideas of lead and mercury use the ideas of “lead”, which is heavy and dense and lasts a long time without disintegrating, and “mercury” which is lively, active, and doesn’t last a long time, to refer to states of mind.

What is called “lead” in the alchemical texts is not ordinary material lead. Rather, it is the deep rich sense of true knowledge. This true knowledge is solid, deep, long-lasting, and unbending like the sense one gets from “lead”.

What is called “mercury” in the alchemical texts refers not to actual material “mercury”, but to the yin aspects of reality’s nature. This is the side that is pliant, effervescent, spontaneous, unfathomable, and metaphysical. Because it is difficult to pin down and is formless and elusive, this aspect of reality and consciousness is likened to mercury.

The Tiger and the Dragon

These two are sometimes called the ordinary tiger and ordinary dragon. However, the terms are also used to refer to the non-ordinary aspects. Or rather, aspects such as those of the conditioned consciousness.

When, through the self-cultivation work, one refines away the conditioned temperament and the obsessing emotional habits and feelings, then the “ordinary” tiger and dragon are overcome. Then the “true tiger” and “true dragon” of primordial essence arise.

When this happens a clarity is awakened which is so clear and fundamentally beautiful that it seems like a bright light or a shining “mystic” pearl. When this clarity is firmly in place it pervades the universe without hindrance.

The “jade furnace” is a symbolic language for the “container” or “field” within which the work of self-cultivation and empowerment takes place. It is called “jade” because the mellow and beautiful tones of jade are like the calm serenity and steady-going quality of the work.

The term “furnace” is used because it evokes the idea of slow cooking or slow evolution. Just as one slowly evolves and changes when one applies oneself diligently and perseveringly in self-cultivation practice.

The jade furnace does not refer to some specific place in the body. It would be a mistake for people to conceive of it in such a manner. One must go deeper than such surface approaches.

The “medicines” of alchemical language don’t refer to physical medicines one should take into one’s physical body. Rather, they refer to the medicines of real inner knowledge and conscious and conscientious practice.

To think that the terms alchemical “medicines” or spiritual medicines refer to mundane physical substances is to fall way short of proper and deep understanding.

The mysterious pass is the intangible which connects with the primordial source. It is called the opening of the mysterious female, the door of birth and death, the commencement of non-being, and the great valley.

The mysterious pass is the access way which leads to the stabilisation and preservation of essence and life.

When one’s self-cultivation conforms to what is appropriate for the times and circumstance, the real can solidify, the false can disperse, and the “golden elixir” can crystalise. To undo the false and establish the real is to open up the conditions for the golden elixir.

It is possible to evoke the realness of the golden elixir, and not actually recognise it. This is due to delusions, personal and cultural agendas, and bias. When the golden elixir is established and recognised, true blissful tranquility settles in place and the calmness of autonomous and non-personal knowing is attained. The golden elixir is called golden because it is even, shining, and mellow like the quality of real truth. It is called the elixir because it is the fountainhead and source of all that is real, genuine, and actual.

After birth, the fundamental and original essence is without knowledge, yet it is full. As life progresses, as knowledge is gained, that fundamental primordial essence generally becomes seduced and distorted by external influences. The cycle of life rises and one moves away from original sense and imbalance and delusion replaces true original autonomous wholeness. Yet if one follows the course of self-cultivation assiduously, one can turn the situation around and regain the vitality, wholeness, and bliss of original fundamental essence.

Too often people cannot recognise true unblemished sense; they mistakenly take physical locations in the human, earthly, or heavenly body as places which will help them regain their fundamental source and harmony. People indulge in bogus practices in efforts to once again establish their original “face”. They look to the abdomen, the torso, or the head as places where the immortal embryo should reside. Then they go through complicated fantasies and mental gyrations, fooling and deluding themselves. It is no wonder such people struggle all their lives , only to grow into old age without attainment.

A State of Consciousness

The immortal embryo is not a physical entity – it is a state of consciousness. It is called an embryo because if one attains it one regains the simplicity and clarity of an infant. The reason why it is called immortal is because the state of mind to which it refers is the universal and undying essence. This essence hasn’t changed since the beginning of time and will never change. It is called the embryo because it is a “second beginning” which parallels one’s physical birth. Yet now that birth takes place on the spiritual and psychological plane – it is the beginning of one’s true, undiluted life.

It is called immortal because when one contacts it, one contacts that which all enlightened beings since time immemorial have realised. To live in contact with it is to live in contact with that which is significant at all times and all places. To regain it one must come face to face with that which is nameless and void. One must know reality without the filters and buffers of fantasy and bias. He or she must not be too much or too little, or one side or the other. They must not be too up or too down, too full or too empty. One must be absolutely precise and without tendency – a million times sharper than a razor’s edge. Then, following the course of nature, the immature can mature and what has been lost can be regained again.

The Path of Alchemy